Create an Account - Increase your productivity, customize your experience, and engage in information you care about.

What we now know as the Town of Dewey-Humboldt, has a long and interesting history made up of stories about nomadic Indian tribes, prospectors looking for gold, ranchers, and miners.
The beginning of recorded history in the Dewey-Humboldt area starts with the petroglyphs left by the Indians who lived in the area prior to the Yavapai tribe. We were fortunate that they left behind a recorded history for us to see. The Yavapai did not leave their history in the form of petroglyphs as did their predecessors. However, they did leave behind artifacts in the many ruins that are scattered throughout the area. 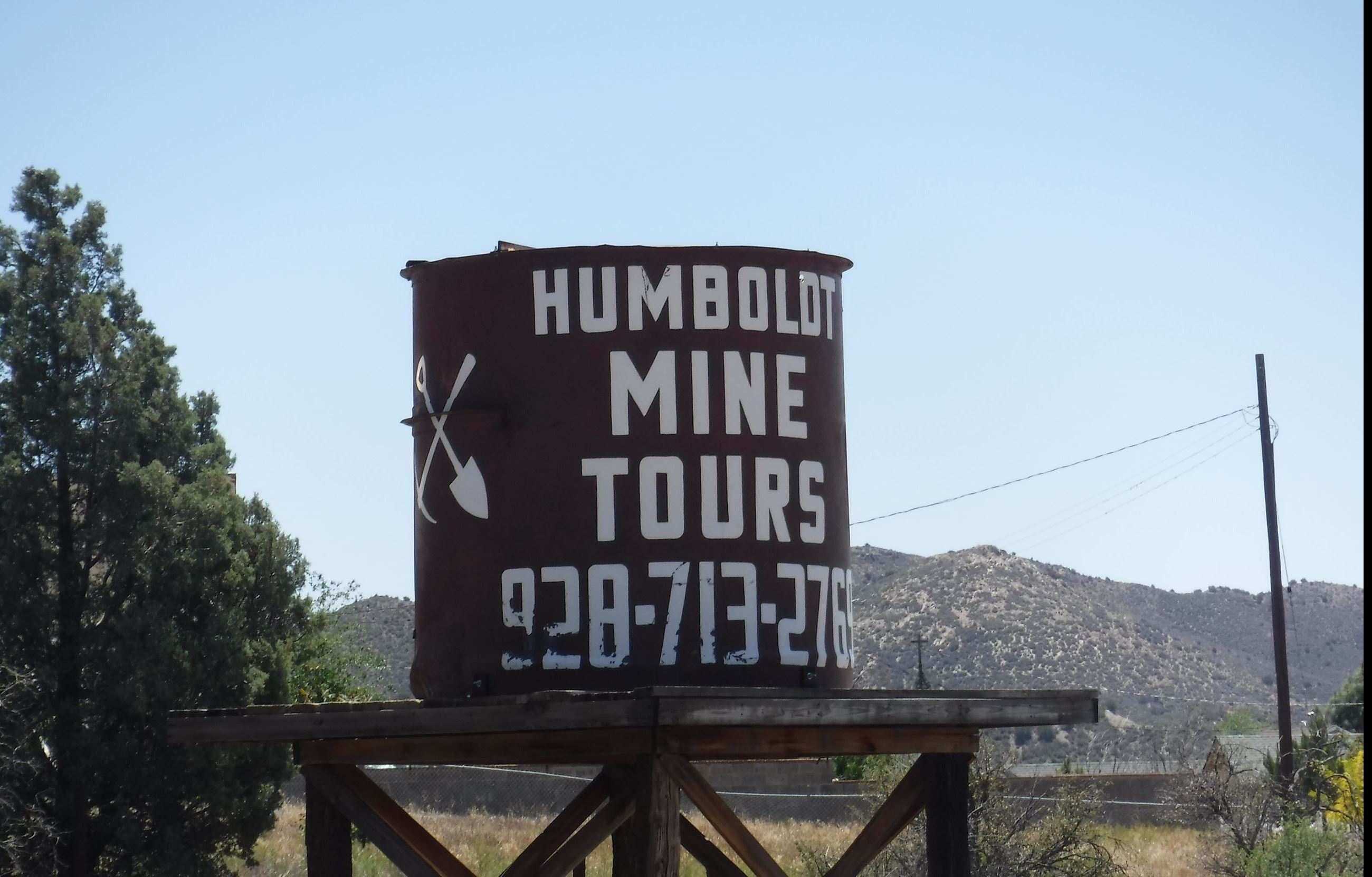 There was an army officer, stationed at Fort Whipple, who interviewed a lot of the old Indians who were still in the area during the 1800s. They told him stories of their fathers and grandfathers. One of things he noted is that the tribe that lived in the Dewey-Humboldt area was known as the "Tribe with the White Dogs." The next time you see a white dog running loose in the area, you might stop and wonder if his ancestors lived among the Indians. The tribes were mainly nomads, using this area as a home base where they planted crops. They traveled as far as Cave Creek collecting cactus fruit and then would go as far as Crown King to collect nuts and on to Lonesome Valley to collect Sunflower seeds.

The first Caucasians to travel through the area were prospectors, looking to strike it rich in gold. The first Caucasian settler in the area was King Woolsey. He built his ranch close by the Aqua Fria River and used rocks that were left behind in the Indian ruins on his property.

The home that King Woolsey constructed had a water well built inside of their home and could provide shelter to a number of people when needed. You may have heard the Woolsey home referred to as a fort, and although it was never really a fort, it certainly filled all the requirements of one. The home was just a ranch in actuality, but many miners, military men, prospectors, and travelers found refuge there. King was a local hero in those times, mainly for the retaliation he provided towards the Indians. You can still see the ruins of the ranch today if you drive down the Old Black Canyon Highway and look just before you get to Young's farm.

This is the story of how King met his wife Mary: King went to visit a wagon train that was traveling through the area. He heard a commotion and a woman saying that she was going to leave the men she was with just as soon as they got to civilization. She claimed that she had been brought along on the trip as a slave and she was tired of it.

King approached the woman and told her that he had a nice spread and had everything he needed but that it lacked a woman. He asked her if she would be willing to come with him and live in his home. She thought his offer of a home was better than the situation she was currently in, so she took him up. King and Mary were together for the rest of their lives, though of course not without problems.

King and Mary never had any children together so one day King brought home a young Yaqi Indian girl. Mary adopted her and raised the child as if she were their own. When the girl got to be about 13, King began to take more than fatherly interest in her. Mary wouldn't stand for that, so she had King build the girl a home of her own elsewhere on the ranch. The girl moved out of the main house and eventually she and King had two children of their own, both girls.

In the late 1800s Levi Bashford, the same Bashford that name is on the buildings in Prescott built a mill, or smelter with a 20 ton capacity. It was a very small affair and operated from 1876 through 1884. It was called the Agua Fria Smelter legally, but was called the Bashford Mill by locals. The mill burned down the ruins, land, and remains of the mill were bought by the company who eventually built the Val Verde Smelter. It was up and running by 1899, with 2 smelting furnaces- one was 60 ton and the other 150 ton. The smelter burned down in 1904. During the time of the mine's operation, a company owned town, named Val Verde, grew up around the smelter and a post office was established.

Since the mine was no longer owned by the Val Verde Company, the name of the company owned town was changed to Humboldt in 1905. The mine created jobs and brought the railroad to the area. At one time they had over 170 men working on building the smelter alone. There were about 125 men laying out and building the railroad, while other people were building some housing for the smelter workers, even though at that time tents were the popular abode.

The town of Humboldt was laid out and business owners started constructing their boom town businesses. The town was scattered from the Hill, which is Main Street, then up to what was known by many locals as Nob Hill; half way to Dewey, from the banks of the Agua Fria clear across Cooktown which is located starting at the white house on the Hill and across the road. At the time of the town's creation, no liquor was to be sold within the town site, although everyone knew where they could go get it.

The smelter soon had over 400 men working there, and they worked hard! And they played hard! And most of their money was pushed across the tops of the 15 bars and bordellos in town. By 1907, there were 15 saloons, 5 restaurants, 5 general stores, 3 hotels, bakeries, meat markets, drug stores, a photography studio, billiard halls, livery stables, barber shops and a jewelry store. They also had 3 churches, a Wells Fargo and Western Union, and a six bed hospital and bank were eventually built.

Folks were proud of their town, and in 1907 a special train with additional passenger cars attached was run to Humboldt and brought in over 1,000 people to help the locals celebrate the success of their town. The festival became a Labor Day tradition, called the Agua Fria Days - which is known now as Dewey-Humboldt Days. The festival had a parade with a marching band, foot races, burrow races, horse races, pie eating contest, baseball game, rock drilling contests, bronco busting, food tasting, and to top everything off they had a grand ball which ended in the early hours of morning when the guests hopped back on the train for the trip home and the locals went on home to catch some sleep before work the next day.

Thanks to Jackie Mattheis for providing us with the preceding information.